In the world of performance enhancement, Halotestin holds a reputation of being one of the most powerful and fast acting steroids on the market. However, it’s not one a lot of steroid users will use. This steroid will not build a lot of mass despite a massive anabolic rating; in fact, it really won’t do much at all for mass promotion. This is a steroid that is generally known as a raw strength steroid, but Halotestin is also found in some cutting cycles. It’s not too uncommon for some bodybuilders to supplement with Halotestin the last few weeks before a competition. It can produce some nice conditioning effects, as well as really aid in pushing through the end of a brutal diet. However, the side effects of this steroid are no joking matter, they can be pretty harsh, and that will keep most people away. 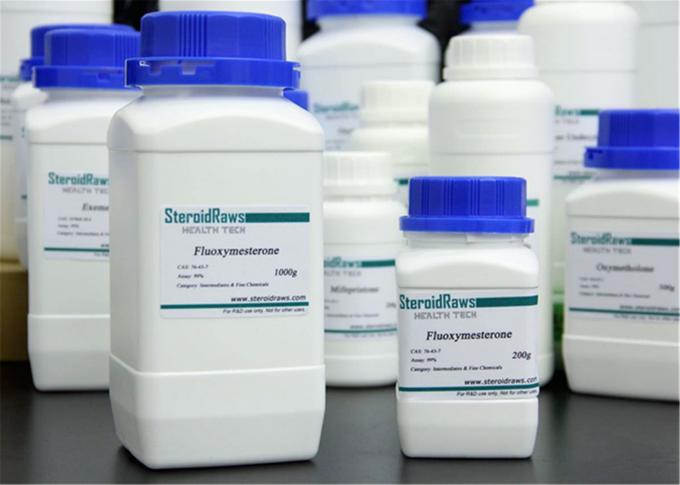 Halotestin is one of the most powerful anabolic steroids to ever exist. Despite its power it only holds a few beneficial traits for most individuals, making it a poor choice for the majority of performance enhancing athletes. The average gym rat will not find this to be a steroid he wants to include in his cycle. There’s no strategic advantage, and the risks far outweigh the reward. The average gym rat can easily reach his goals with the use of other compounds. Of course, some gym rats are tempted to try it, a rapid and dramatic increase in strength can sound appealing, but it’s important to remember the harsh nature of this steroid.

For the competitive athlete or bodybuilder, Halotestin can have a place. However, for the bodybuilder other steroids can provide the same level of conditioning without the added stress to the body. At the same time, no other steroid can add the aggression and push that’s sometimes needed to finish a brutal contest diet. If it’s needed, proceed with caution. For the strength athlete, the power lifter or fighter, this steroid can be more beneficial for this individual perhaps more so than anyone else. However, once again he must supplement cautiously and remember the potential long-term effects.