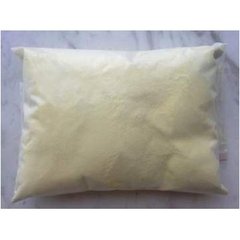 Profile:
This version of Trenbolone was comprised of the same active hormone that makes up Finajet and Finaject with the ester attached being the only exception. Parabolan carries the much larger Hexahydrobenzylcarbonate ester. It would also be the only Tren hormone ever manufactured for human use and would be discontinued in 1997 despite a lot of therapeutic success.

Trenbolone Acetate is a 19-nortestosterone anabolic androgenic steroid. The 19-nor classification refers to a structural change of the testosterone hormone in that it lacks a carbon atom at the 19th position. This puts Trenbolone Acetate in the same category as Deca Durabolin. In fact, the Trenbolone hormone itself is simply a modified form of the Nandrolone hormone. The Trenbolone hormone carries a double bond at carbons 9 and 11, which in turn slows its metabolism, greatly increases its binding affinity to the androgen receptor, and inhibits it from aromatizing. The resulting change makes Trenbolone one of the most potent anabolic steroids of all time. Simply by looking at its structural ratings, we can begin to see how powerful it is. Trenbolone carries an anabolic rating of 500 and an androgenic rating of 500 is well. Such ratings are based on and measured against the ratings of testosterone, which carries a rating of 100 in both categories. Beyond its basic hormone structure, Trenbolone Acetate has the small/short Acetate (acetic acid) ester attached to it. The ester is attached in order to control the hormone’s release time post injection.

The Effects of Trenbolone Acetate:
This hormone will not and cannot promote water retention, meaning each and every pound of weight gained due to use will be lean muscle mass. Of equal importance will be this steroid’s ability to help the individual control fat gain during a period of growth.

To achieve true growth, this will require total caloric intake to be slightly above maintenance levels. How far above will vary from one man to the next, and while many often take it too far, this phase will still require a slight surplus. Unfortunately, this necessary surplus will promote body fat gains but due to the metabolic factors that surround Trenbolone Acetate they will be minimized.

Regardless of the purpose of use, all who supplement with Trenbolone Acetate will discover their muscular endurance is tremendously enhanced. This is a very common effect with numerous anabolic steroids, but perhaps a little stronger with Tren. Your muscles will not tire out as fast. However, some have reported that the use of the Trenbolone hormone tends to negatively affect

Side Effects of Trenbolone Acetate:
Estrogenic: Trenbolone is not estrogenic. This anabolic steroid does not aromatize at all, which is the very reason excess water retention is impossible with this steroid. However, gynecomastia is still possible due to the hormone carrying a strong progestin nature. Progesterone has the ability to stimulate the estrogenic mechanism in the mammary tissue, which can promote gynecomastia. Many men will not have an issue, but an individual’s sensitivity to gynecomastia will play a role. Anti-estrogens will provide protection for those who need it.

Androgenic: Such effects include acne, accelerated hair loss in those predisposed to male pattern baldness, and body hair growth. While such effects are possible they are entirely dependent on your genetics.Due to the androgenicity of Trenbolone, some will try 5-alpha reductase inhibitors like Finasteride to gain protection. However, the 5-alpha reductase enzyme does not metabolize the Trenbolone hormone and related inhibitors will have very little if any effect. You will not be able to reduce the androgenicity of this hormone, which should be kept in mind if such effects are a concern for you.

Availability of Trenbolone Acetate:
Trenbolone Acetate is widely available and one of the easiest anabolic steroids to obtain. Other than testosterone it is probably in higher demand than any steroid, and because so many make it and the supply is so high, it should almost always be a very affordable anabolic steroid. Then we have the Finaplix pellets. This is a very interesting situation. As you’re aware, anabolic steroids are controlled substances in the U.S. and in other parts of the world. However, Finaplix pellets are not controlled substances despite being comprised of Trenbolone. This is due to putting a control on them would tremendously damage the livestock market, dramatically increase the price of beef, and destroy a host of ranchers. 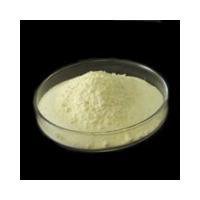